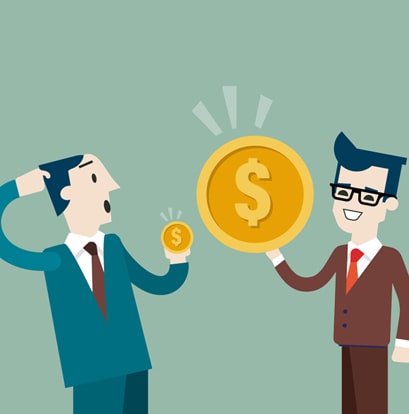 Alarm bells really started to ring when I took a call from a friend last week. She has run a home cleaning business for the last 15 years and for the first time ever she couldn’t find cleaners to employ! In fact, her cleaners were being head hunted by her competitors!

Talent shortages come and go….. but they never involve cleaners. I knew there would be some effect from 14 months of zero immigration. I had assumed it would be mainly the 170,000 skilled immigrants per year that we would miss. However, we’re also suffering from the absence of Working Holiday Visa holders (200,000 pa), foreign students (300,000 pa) and family visa holders (50,000 pa). So how bad is the talent shortage and how widespread is it? I have spoken to 7 experts in multiple sectors to gain insight into their individual talent markets, and here is what they have said:

“Certainly, the war for talent that is happening now is more fierce than I’ve seen in my entire career.  There are zero skills coming into the country, so if you need people, you must outbid both their current employer and all competition. It isn’t just remuneration where you need to excel, but employee value proposition, work / life balance, investment in training, your culture and diversity agenda, you can’t have a weak spot – even the speed of your hiring process has been weaponised where we are seeing people single-interviewed and offered on the same day. It’s a sellers’ market that’s for sure – there’s a musical chairs for talent going on and the music isn’t stopping.” Digital (Mason Davies, Partner, KPMG)

“The market is simultaneously the busiest and the most challenging I have ever seen in my twenty+ years of the industry. The organisations we work with across Not for Profit, Education, Government and the Commercial sectors have all re-started the hiring that was put on hold in 2020, plus they have resumed their longer terms strategic growth agendas. This means that the need to hire is greater than it has ever been. But across the board, from roles at entry level through to executive, we are facing a talent shortage. The limits on immigration, the lack of backpackers and international students, and the nervousness with which a large proportion of candidates still view the market, mean there is not a lot of choice for those organisations looking to hire. It is those who are strategic in how they source and attract applications, and those that have robust and developed hiring practices that are winning in this particular war for talent.” White Collar (Nina Mapson-Bone, President, Recruitment Consultant Society of Australia and CEO, Beaumont People)

“UNSW had to undergo a process of offering redundancies to staff in the last quarter of 2020, so we are now experiencing a heavy recruitment load in movements post those redundancies. The professional roles we have advertised for have produced some inconsistencies. There are pockets, such as administration based roles, where the application numbers are much higher than normal, in some cases in the hundreds per job. However, there are a few pockets, such as IT, that are slightly lower in application numbers. In regard to our academic roles, across the education sector, border closures have restricted everyone’s hiring ability and it seems there will be a very competitive market this year for academic researchers and to a lesser extent lecturers and tutors. We have moved to online lectures and tutorials, this allows us to re-use classes which in theory should reduce the demand for teachers, however at this stage the amount of work required to transition has so far offset efficiencies.” Higher Education (Simone Donovan – Head of Talent Acquisition – UNSW)

“As had been well documented in the media, several large Telcos cut a significant volumes of staff in the last 12-18 months, injecting large amounts of telco talent into the market. Vocus, however, has been relatively unaffected by the events of 2020 and have continued to recruit. Unsurprisingly, we found that the supply of talent in the market has been consistent, and throughout the last year it was a solid EVP, great culture and organisational stability that were key in attracting premium candidates. The main challenge however, has been in the tech space, where the lack of international talent has meant looking locally for talent and skills, that has meant deep diving into the market to find the passive candidates.” Telecommunications (Johanna Laface – Head of Talent Acquisition – Vocus Group)

“The Australian Call Centre industry wasn’t as hard hit as other sectors during the peak of the pandemic. In the Philippines and India, there have been strict lockdowns combined with an inability to work from home limiting their capacity to service their customers. So Australian businesses have been forced to hire locally. Right now, the market is red hot, with a shortage of candidates across all roles. Additional factors driving the shortage include a reluctance to move (driven by uncertainty around the future), closed borders and a gap between employers’ ability to provide flexible working conditions and candidates’ demands. The sheer amount of choice for candidates is currently remarkable. Many in the industry are realising they are going to have to focus on soft skills and train candidates from other sectors if they are to fill their open vacancies.” Call Centre (Will McPhee, General Manager, SMAART Recruitment)

“At E4, we focus on the recruitment of contract/locum doctors who often travel interstate for work. Although medical professionals could get exemptions for travel, many wouldn’t for fear of being stuck away from home due to border closures. Many Doctors cancelled leave as they could not travel or were told they could not take leave so there were less roles needing to be covered by locums. We are happy to say that in recent months we have seen a complete turnaround with the sector being as buoyant as ever. I wouldn’t say the demand has risen from Pre-Covid times but as always, the demand by far supersedes the supply. When COVID hit, rules surrounding travel seemed to change daily and certain States, WA for example seem to be worse hit due to their legislation and the slowness of easing the restrictions – this has meant a huge surge in vacancies for WA. We’ve seen them advertising mostly for ‘WA-based Doctors only’, which for a state who typically rely on interstate doctors, this really limits them. Also, overseas Doctors typically make up a big portion of Locum workforce and they have not yet returned to Australia and may not do so within the next year or 2. Of course, travel exemptions are available in some cases but currently 9 times out of 10 Doctors are looking for something within driving distance to avoid any circumstances that are out of their control such as border-closure.” Medical (Ed Freeman, Director, E4 Healthcare)

“From a top tier construction perspective, the ability to find talent within the Australian market has been up and down, with some regions hit harder than others through the pandemic over the past 12 months…  Flexible working, structured career development and the offer of up upskilling have all been key factors when securing the best talent nationally.  Smart sourcing becoming more important and relevant than ever before, looking outside of the usual channels with a view to developing your more ‘left field’ candidates from other streams into the commercial construction sector.” Commercial Construction (Scott Borwick, Snr TA Consultant, Multiplex)

So, are we seeing a trend that will worsen over the next 24 months as we head back towards something resembling the “old normal”? Is this a short-term spike in demand? Will this result in wage increases across the board? Will that be good for the economy? Or will it just pump up interest rates? I’d love to hear your thoughts.

After 25 years in recruitment, Paul’s wisdom and experience is highly regarded and sought after within the industry. He’s known in industry circles as a thought leader on matters recruitment. Paul co-founded Balance in 2007 and he believes the success of the business is closely related to a ‘customer first’ approach.